The Christmas Day leftovers sandwich is BETTER than the lunch itself, say Britons

Revealed: The Christmas Day leftovers sandwich is BETTER than the lunch itself, say Britons (with many opting to add a ‘moistener’ – a slice of bread soaked in gravy)

A further 37 per cent insist that creating the classic leftovers sandwich is an actual art form.

According to those surveyed, the perfect sandwich should contain precisely three slices of turkey, two thin slices of ham, two-and-a-half sliced pigs in blankets, one spoon of cranberry sauce and an even spread of bread sauce.

It should also contain two cold slices of roast potato, one generous squirt of mayo, while both slices of bread should be buttered – and there should be a liberal sprinkling of salt. 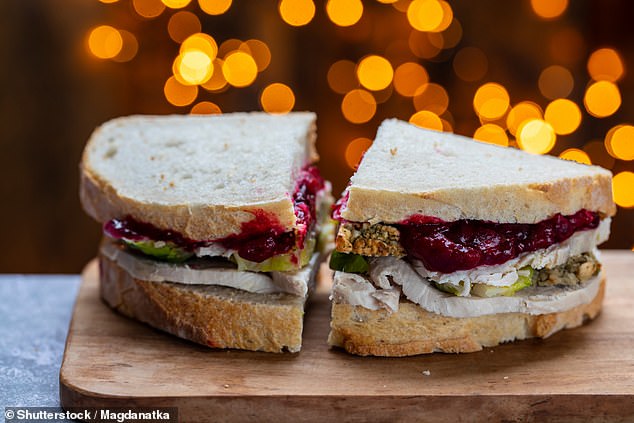 Bread-wise, white sliced topped the list (33 per cent), followed closely by granary (29 per cent), while 23 per cent opted for sourdough with their festive sarnie.

The study, commissioned by squeezy cheese brand Primula, found that more than seven in ten (71 per cent) admit they like to take their time making the post-lunch sandwich, as you cannot rush perfection.

The Perspectus Global survey of 1,500 people found that, for most Britons (38 per cent), the first sandwich made from leftovers is enjoyed on Christmas Day evening in front of the TV.

A more patient one in ten (12 per cent) wait until breakfast on Boxing Day to create their masterpiece, while 32 per cent have the willpower to hang on until lunchtime on the 26th. 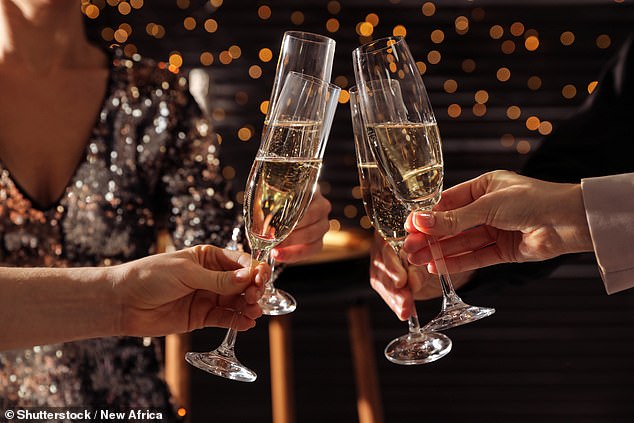 While one in ten like to make a ‘moistener’ – soaking a slice of bread in gravy and inserting it into the middle of their sandwich – and nine per cent pan-fry their sanger to add a crispness to the bread, while more than one in 20 (six per cent) even deep-fry their sandwich.

When it comes to the perfect accompaniment to a Christmas sandwich, a resounding 33 per cent said a cup of tea was the only thing to wash it down with, while 15 per cent like to sip a Baileys, and a further 15 per cent favour a glass of Champagne.

Overall, 67 per cent agree that a homemade Christmas sandwich is far superior to a shop-bought one.

And over the week of ‘Twixmas’ – the time between Christmas and New Year – the average Briton will devour four leftover sandwiches.