So when WILL Covid chaos end? Booster vaccine immunity weakens after just 10 WEEKS

So when WILL Britain’s Covid chaos end? Booster vaccine immunity weakens after just 10 WEEKS… but Moderna’s is up to TWICE as effective as Pfizer’s at blocking symptoms

Early real-world analysis of the UK’s immunisation scheme shows the efficacy of Pfizer‘s top-up dose at preventing symptoms drops to as low as 35 per cent two-and-a-half months after getting a third dose, among people already given a full course of AstraZeneca.

But immunity levels appear stable at around 70 per cent after the same period of time for people already dosed up with Pfizer and then given a Moderna booster, even though they plunge to somewhere in the region of 45 per cent for a third dose of Pfizer.

Britain is already considering dishing out a fourth jab because of the data showing immunity fades quickly after a booster. It would bring the UK in line with Israel, which today began tests into whether a second round of boosters would help the most vulnerable. 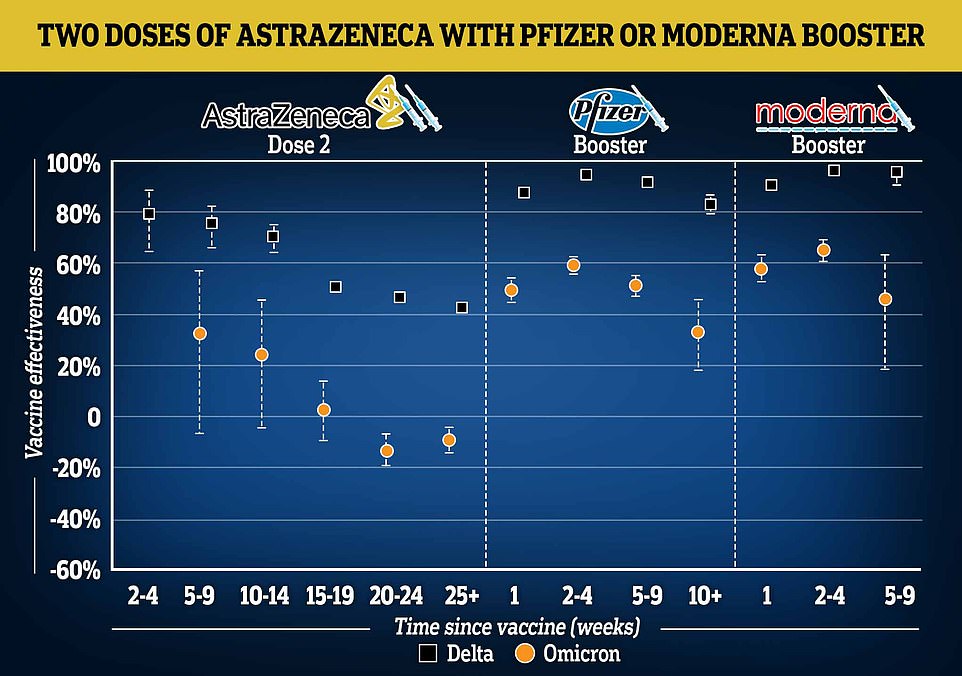 But No10’s jab advisers are waiting for more data laying bare how well the vaccines protect against serious illness before pressing ahead with another inoculation drive. Two jabs still drastically cut the risk of hospitalisation even against Omicron, and a third is expected to bolster that further.

It means a fourth dose may not be necessary yet for the entirety of the UK and could see ministers only advised to dish out extra doses to the elderly and immunocompromised in the coming months, even if an annual vaccination drive is eventually signed off for all adults. 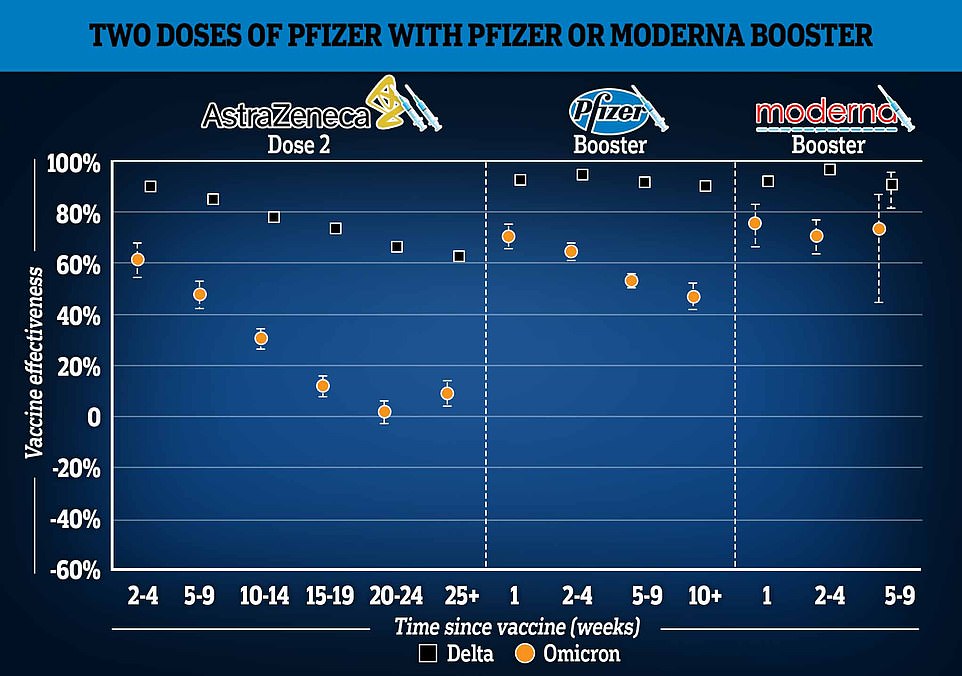 One of the Government’s own advisers warned it would be impossible to ‘defeat’ Covid with vaccines if everyone needed a top-up every three months. It would see the NHS have to dish out the equivalent of up to 50million jabs every 90 days, or around 550,000 every day.

This would put the cost of an annual vaccination drive in the region of £4billion, based on one jab being priced at around £20 per dose — similar to Pfizer.

Professor James Naismith, director of national research centre the Rosalind Franklin Institute, said until these jabs are available in around mid-2023, Omicron and Delta could ‘continue to circulate’ and cause waves that potentially pile pressure on the NHS and lead ministers to contemplate bringing in legal restrictions.

And there is also the chance another variant emerges in the meantime that could cause even more chaos, experts fear. 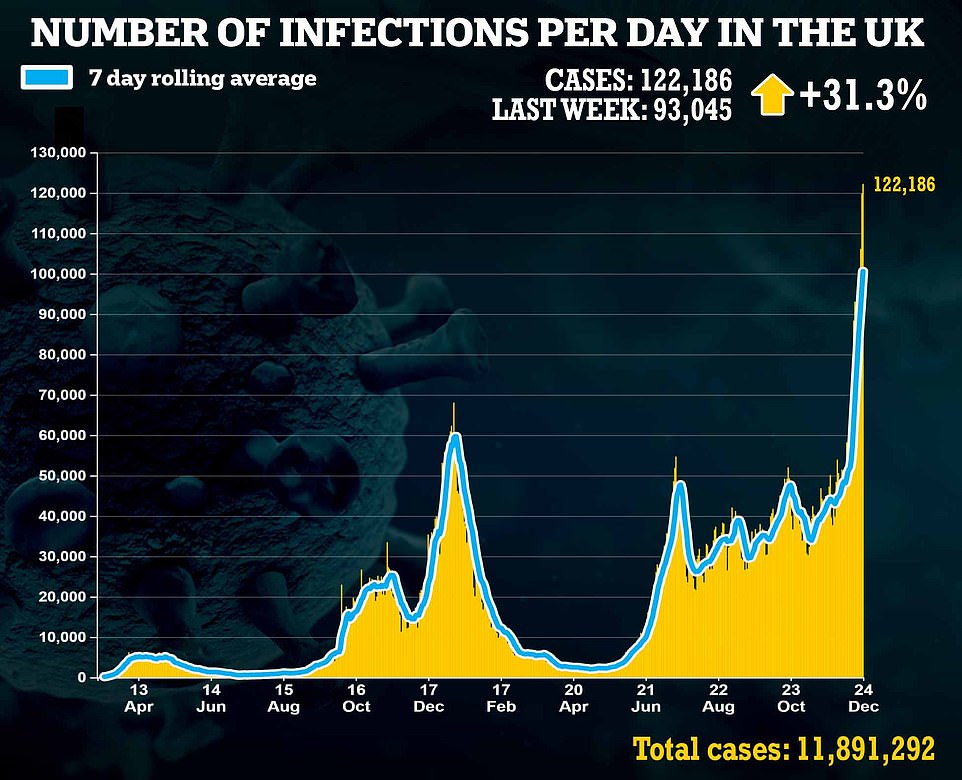 ‘An Omicron-specific vaccine would be expected to provide more protection against infection with Omicron but perhaps not Delta. 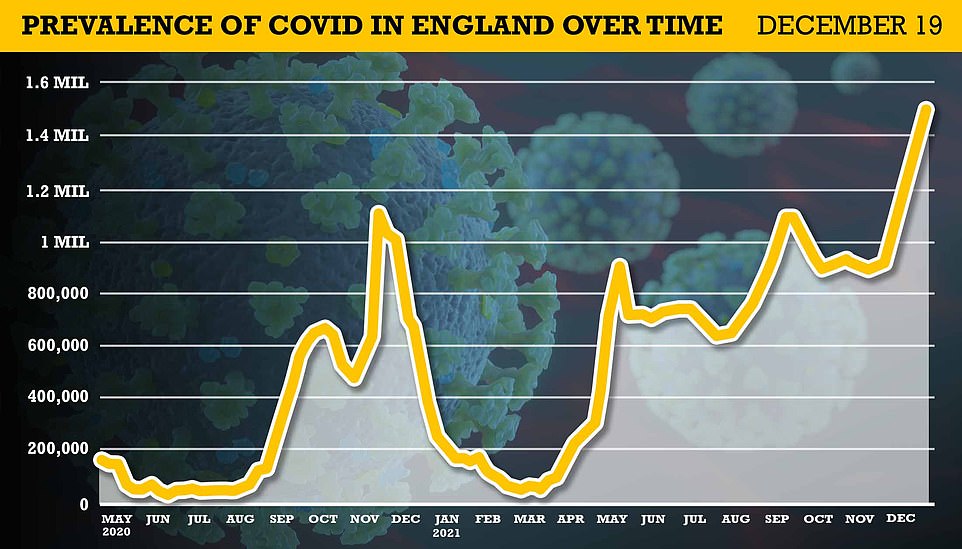