‘There isn’t a quick fix’: Sajid Javid admits Covid test chaos will continue as government struggles to secure supplies due to ‘global shortage’ that is threatening New Year plans after lateral flows were unavailable for THIRD day and PCRs run out

Ministers have advised people to take regular lateral flow tests before they socialise after confirming on Monday that no new Covid restrictions would be brought in for New Year’s Eve festivities.

But all over the country, Brits are having trouble getting tested as pharmacies have reported sending people away empty-handed while lateral flow tests have been unavailable for home delivery for the third day in a row. 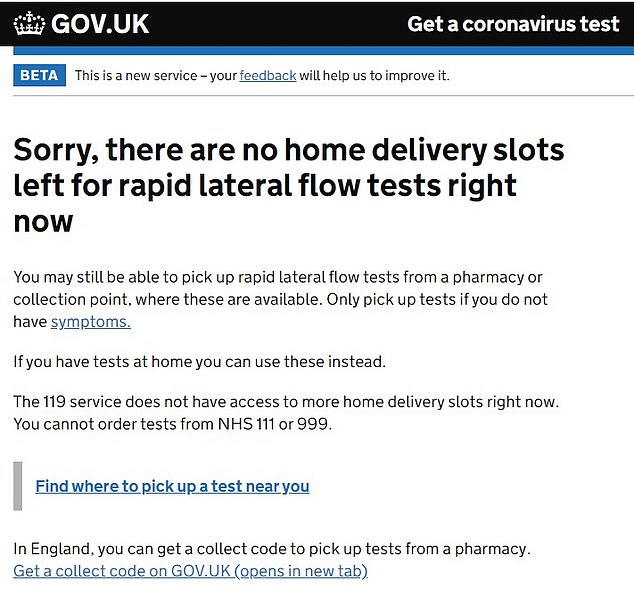 The North Thanet MP added: ‘Saj was very honest with me, he said, “look, there isn’t a quick fix”.’

Previously ministers and officials had insisted they had sufficient stocks but the problems were in delivering them to people’s homes or pharmacies. 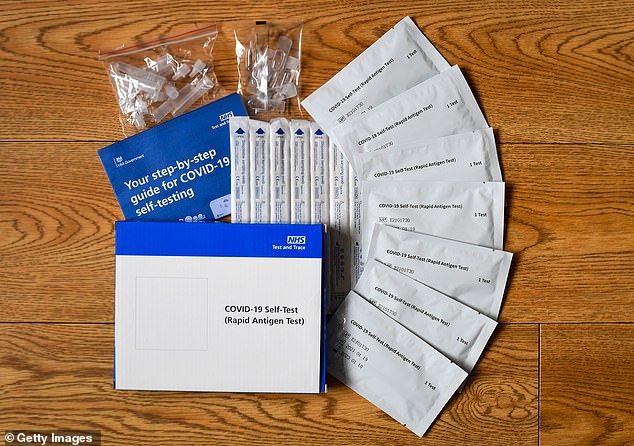 Mr Gale continued: ‘The long and the short of it is he says there is a worldwide shortage of lateral flow tests.

‘A British company that is making them has ramped up its production line fourfold and we are buying the lot, plus anything we can get from anywhere else around the world, but we are competing in a global market.’

He said his constituents had been advised to keep trying online as availability was updated throughout the day. 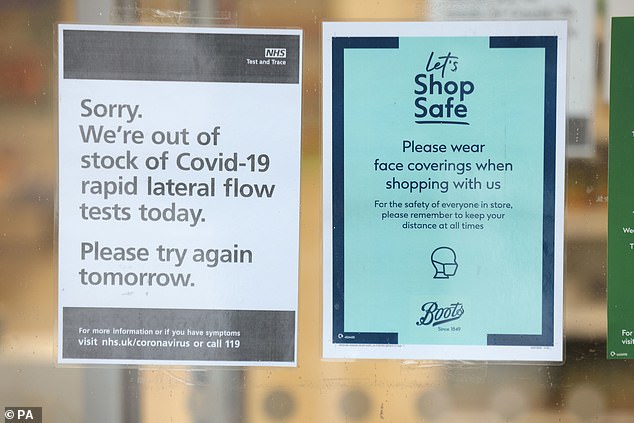 Sir Roger said the shortage of lateral flow tests was having a knock-on effect with people opting for PCR tests instead, but ‘there is not enough capacity’ in laboratories to process them.

He said Mr Javid was ‘busting a gut’ to get supplies ‘but we’re competing with a global market’. 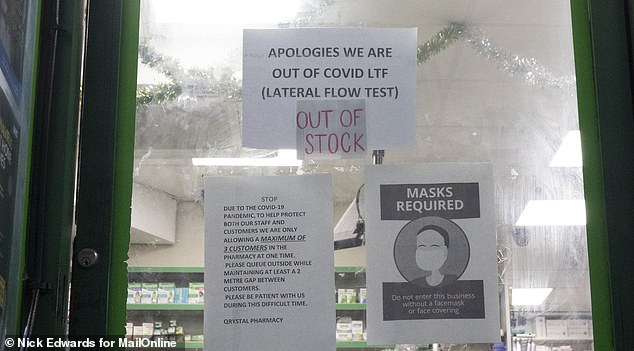 For those who need a PCR test, there were no available appointments at any walk-in centres in England or Northern Ireland as of midday. As of 2pm, slots briefly opened up in the North West of England but then became unavailable again while Scotland also showed ‘very few available’ appointments.

Pharmacists have called for urgent action to improve the supply of lateral flow tests as they say people are being turned away every five minutes due to ‘patchy’ supply. The industry body said it was frustrating that chemists it represented were having to wait several days for each delivery. 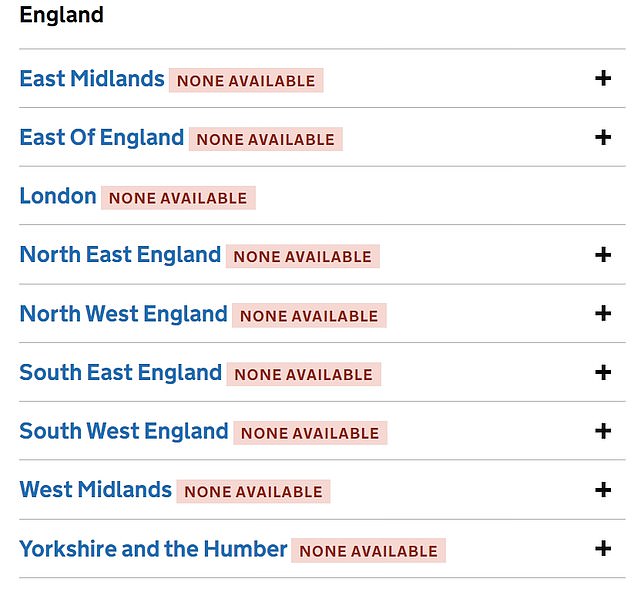