Plan to fight obesity crisis is doomed to fail as too much junk food is available, ministers warned

Plan to fight obesity crisis is doomed to fail because there are too many junk food options available, ministers are warned

A 28-page report, commissioned by the Government’s obesity research unit, says measures such as advertising restrictions do not go far enough.

Dieters face an uphill task because unhealthy food is easily accessible and sold so cheaply, according to the National Institute for Health Research.

Curbs on the promotion of unhealthy food and drink in retail outlets and online were announced a year ago and come into force in April. 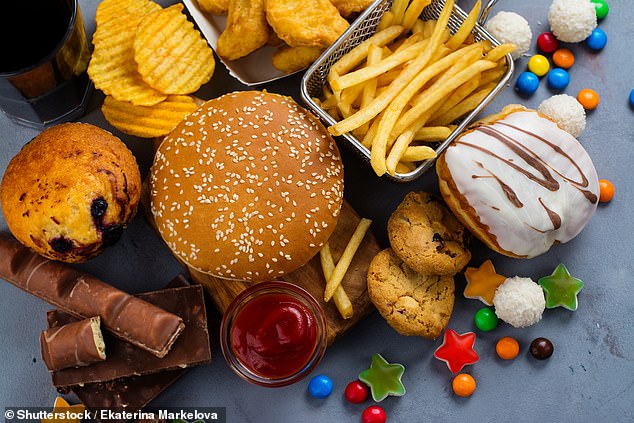 Plans are also in motion for a 9pm advertising watershed on TV.

The review by London’s City University found that easy access to unhealthy food 24 hours a day made losing weight difficult.

It also found that people were met everywhere with promotions of food high in fat, salt or sugar.

Those trying to lose weight or maintain a weight must avoid parts of the ‘food environment’ – including a party, work canteen and certain store aisles.

For people on a low income the relatively lower cost of junk food, and frequent offers and promotions, made retaining a good weight or losing weight ‘particularly difficult’.

One in three adults are overweight or obese in Britain – one of the highest obesity rates in Europe. The NHS currently spends £6billion a year treating obesity-related illnesses.

Lead author of the review, Kimberley Neve, told The Guardian: ‘This review highlights not only how difficult it is to lose weight in Britain, and keep it off, but also that it’s not just about willpower or self-control.

‘Even people trying really hard are thwarted in their efforts by unhealthy food options everywhere – they’re easy to find, cheap to buy, quick and appealing.’

She said dieters should be supported to make healthier choices through major changes to the wider food industry.