Pictured: The incredible new building that looks like huge chunks have been knocked out of it

Believe it or not, this tower block is almost finished: The incredible new building that looks like huge chunks have been knocked out of it

But it’s actually a brand new development in Amsterdam – and very close to completion, deliberately designed to look like huge chunks have been knocked out of it.

The 75,000-square-metre (807,293-square-ft) complex, called ‘Valley’, was designed by Dutch architecture firm MVRDV – which created the controversial Marble Arch Mound in London. Valley, due to open in 2022, features three ‘peaks’ – the tallest of which is 100m (328ft) high. MVRDV says that the spectacular development is ‘reminiscent of a carved-out block’.

Pictures show that one side of the building is completely mirrored. According to the architects, this ‘reflective exterior facade is supposed to ‘reflect’ the building’s corporate surroundings in Amsterdam’s Zuidas business district.

The other side of the building, however, was designed ‘in direct contrast’ to the corporate facade. Once completed, it will feature ‘rugged, stone terraces with large planters, covering the building in vegetation’.

These stone terraces are currently visible, but the plants have yet to grow. 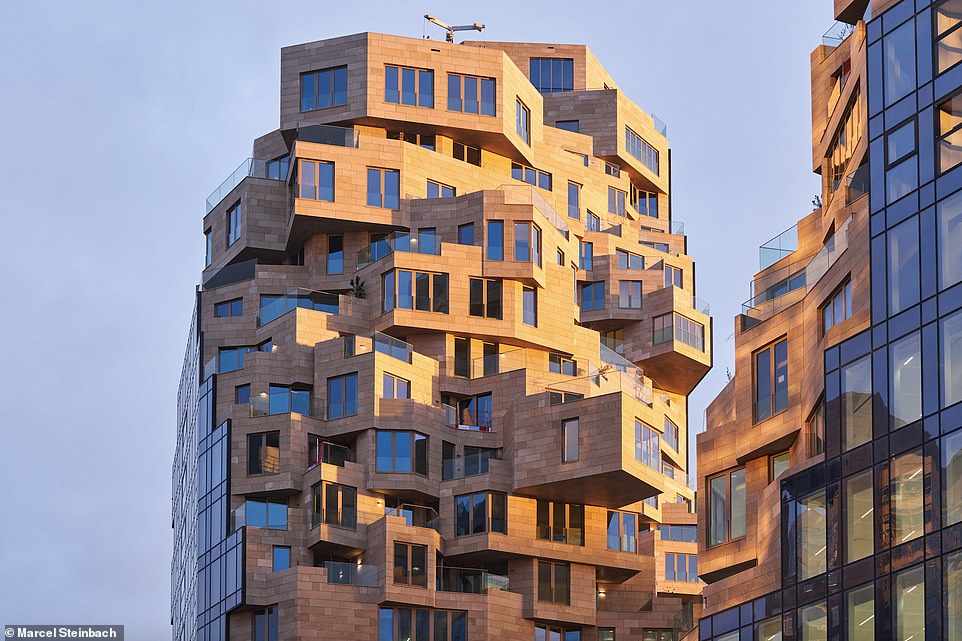 The acclaimed Dutch landscape architect Piet Oudolf designed the building’s green spaces, which will be made up of 13,000 different plants and trees.

Inside the building, a large atrium – known as ‘The Grotto’ – will be illuminated by large skylights built into the ceiling.

Members of the public will be able to enjoy drinks at the development’s ‘Sky Bar’, which will be spread across two storeys in the highest tower. There, they will enjoy ‘panoramic views over Amsterdam’.

The rest of the building, which is being developed by Edge Technologies, will feature 200 apartments and roof gardens, as well as seven storeys of offices, a three-storey underground parking lot and ‘various retail and cultural facilities’.

On the fourth and fifth storeys of the building, there will be a space known as the ‘central valley area’, which will be accessed via a ‘path’ from the street level. Pedestrians who travel along the path will pass shops, terraces and gardens on their way up. 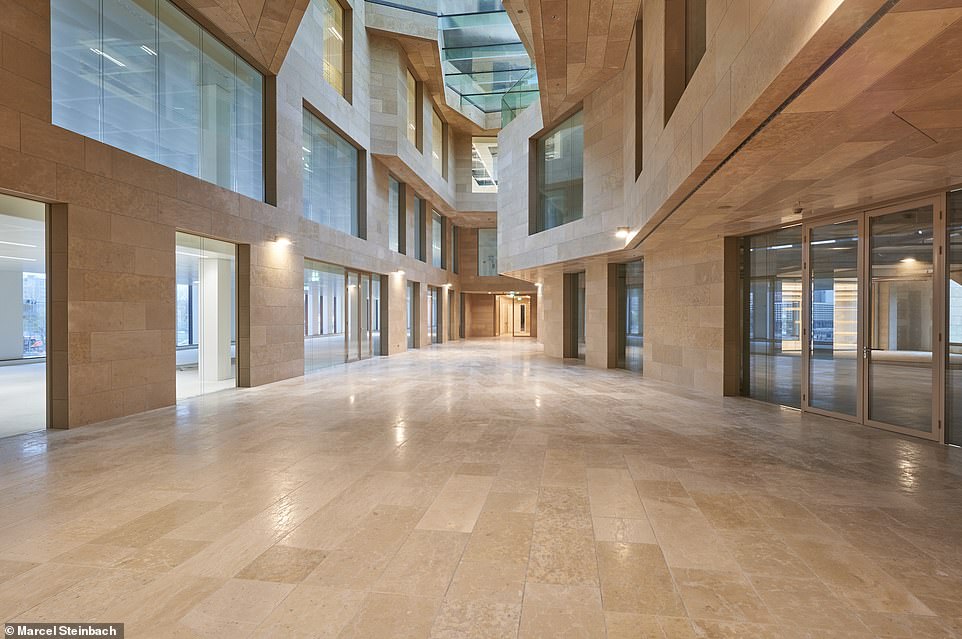 A statement from the design firm says: ‘In twenty years, the Zuidas area of Amsterdam has developed into the main international business centre, which resulted in a reduced focus on residential interests.

‘The development of Valley is part of the city’s ambition to correct this by transforming the area into a more liveable and complete urban quarter, welcoming large amounts of residents and additional public facilities to the area over the next decade.’ 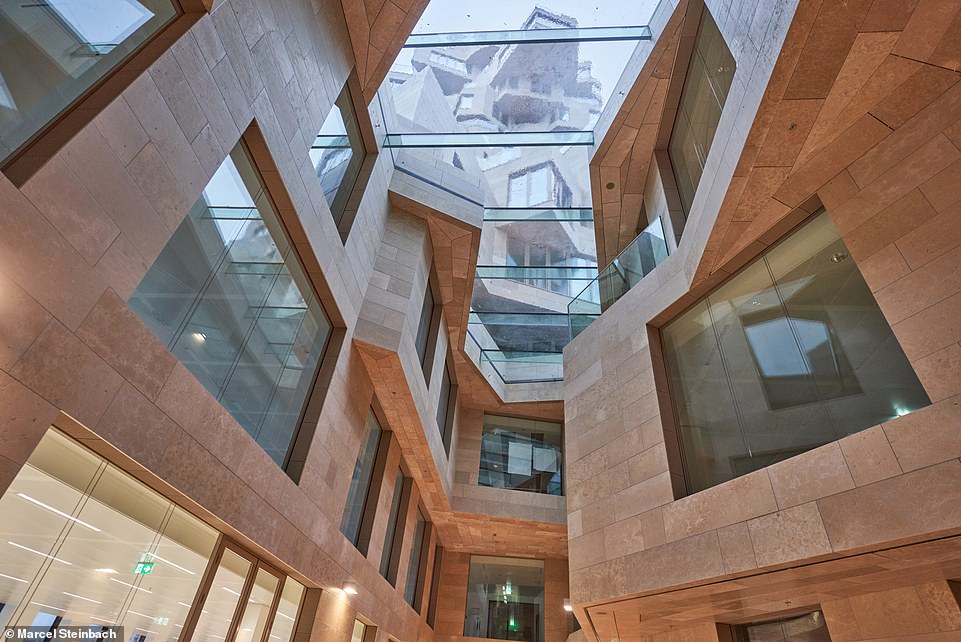