New jobless claims rise unexpectedly to 207,000 but remain historically low despite Omicron forcing some businesses into ‘lockdown by default’

Initial claims for state unemployment benefits increased 7,000 to a seasonally adjusted 207,000 for the week ended January 1, the Labor Department said on Thursday.

The increase was unexpected but still moderate, and jobless claims remain at historically low levels after more than a year of elevated layoffs during the pandemic.

The labor market is tightening amid an acute shortage of workers. With coronavirus infection, driven by the Omicron variant, expected to peak soon, a substantial rise in claims is unlikely. 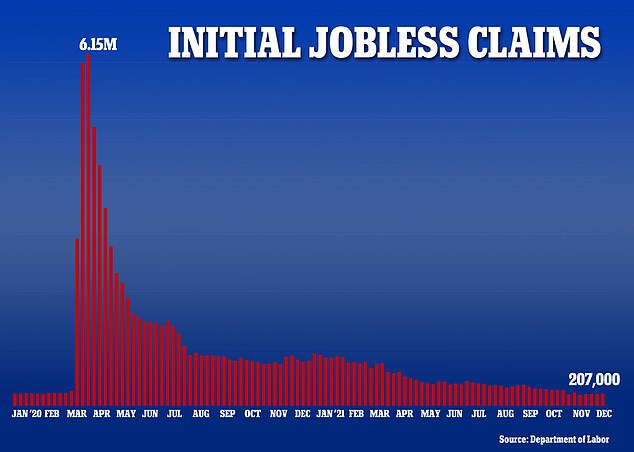 ‘It is possible that the recent spread of COVID has put that earlier downward trend on hold,’ said Daniel Silver, an economist at JPMorgan in New York. ‘That said, it is an encouraging sign for the labor market that claims have not meaningfully jumped in response so far.’ 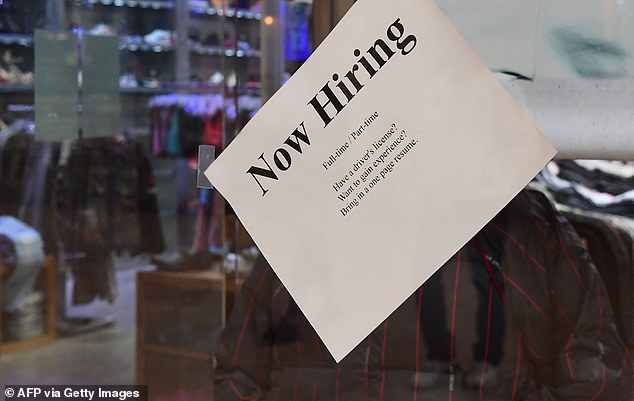 Unadjusted claims shot up 57,599 to 315,469 last week. There were driven by a surge in New York, which is experiencing an explosion of cases. There were also large increases in filings in Pennsylvania, Washington state, Michigan and Connecticut.

The United States reported more than 1 million new coronavirus cases on Monday, the highest daily tally of any country in the world. 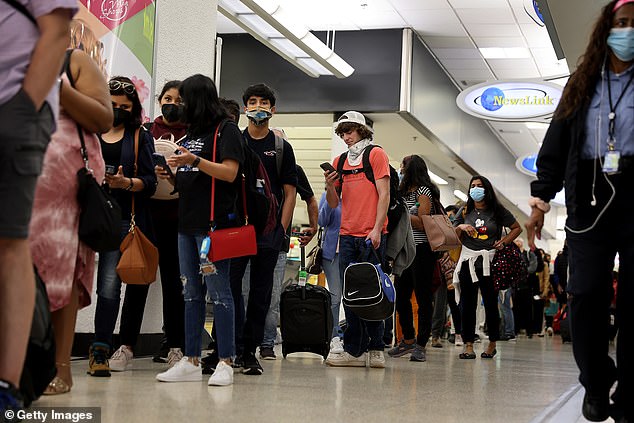