Michael Phelps says being a royal is similar to being an Olympian because you see yourself as something that ‘isn’t human’ as he praises Harry and Meghan for living a ‘free, authentic life’ by leaving The Firm

Phelps, 36, who is the most decorated Olympian of all time with 28 medals, spoke to PARK magazine as he attended the  Hope for Depression Research Foundation luncheon seminar in New York this week.

In the interview, the Baltimore-born swimmer revealed how when he was competing he was ‘not a human’ and just saw ‘someone with a cap and pair of goggles on’ as he compared his struggle to that of The Duke and Duchess of Sussex.

Phelps has previously talked about the need for mental health resources for Olympic athletes. In 2018 he revealed he suffered with depression himself and contemplated suicide after the 2012 London Games and his first retirement. 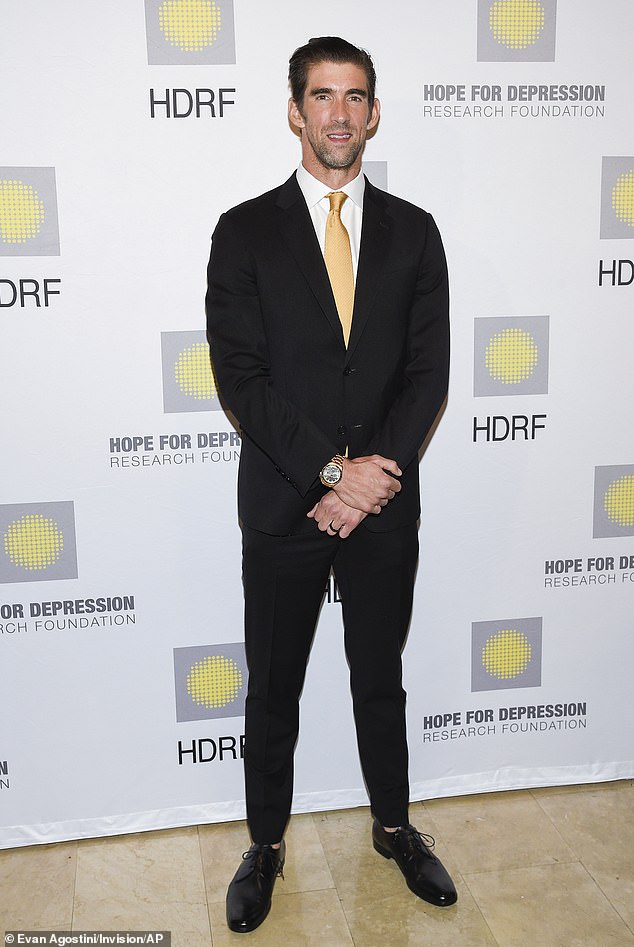 ‘I think the biggest thing is to try to be your authentic self, like being able to show when you’re going through a struggle is something that is more powerful that we can ever understand,’ he told PARK magazine.

‘It shows you, you are a human being, and for me I thought that I was a swimmer and not a person, my whole career, I would look in the mirror and saw someone with a cap and a pair of goggles on and not a human being so it took me a while to understand that and once I did, I was able to live free-er and healthier, so I think being comfortable with who you are and being your authentic self is something we should all strive for.

‘Even though we both (Princess Diana ) and I could be struggling from anxiety and depression, or suicide and all these different things, mental health with every single person looks completely different and the one thing I think that we can look at and we’ve learned.

‘I hope from everything and everyone that we’ve lost, including Princess Diana, hopefully we can learn the importance of opening up and talking about things.