The female pilot Instagrammer who’s shredded the ‘dumb blonde’ stereotype: She flew Boeing 737s at just 21 and now, six years later, is at the controls of jumbo jets

But then, she’s no ordinary Instagrammer – she’s a pilot. And the pictures she posts give her followers a glimpse into her amazing high-flying, globe-trotting life.

Belgian Kim is only 27 and, shredding the ‘dumb blonde’ stereotype, flies Boeing 747 cargo planes to the likes of the USA and China, having begun her commercial career with Romanian low-cost airline Blue Air at just 21 flying Boeing 737s, the aircraft type she uses in her Instagram handle, @737pilotgirl.

She is now sponsored by luxury watch company Breitling and given her choice of watch – worth up to an eye-watering £8,000 – in return for monthly Instagram posts showing off the timepiece. 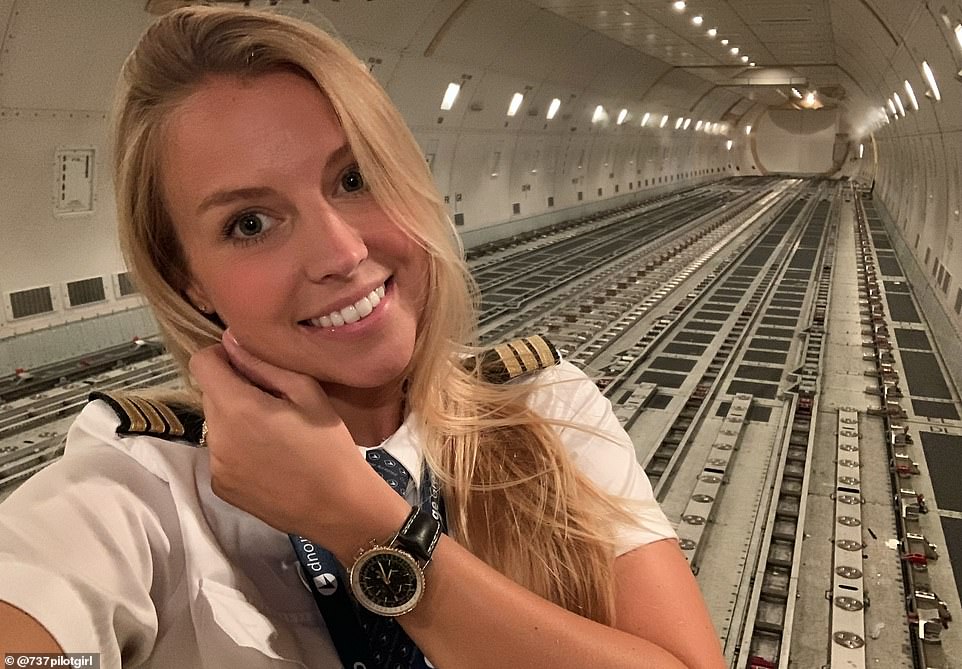 Despite her years of experience in the job, Kim says people often don’t expect somebody who looks like her to be flying planes.

She says: ‘Often, “are you cabin crew?” is the first question people ask me.

‘And when I say I am a pilot they ask if I really fly the aircraft.

‘I am proud to be a woman in this industry. Proud to be part of the five per cent of women flying around the globe.’

Kim decided she wanted to be a pilot aged 19 and got started immediately. 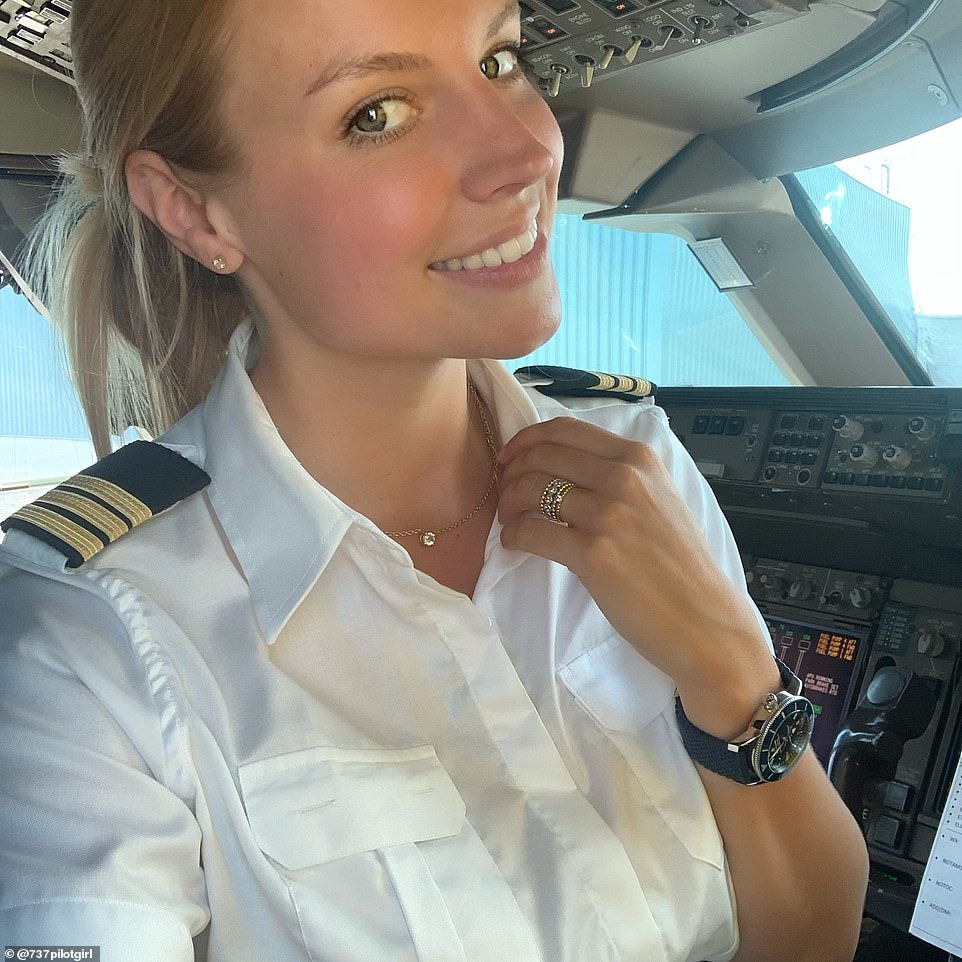 In 2017 she left Blue Air, publicly thanking the carrier ‘for being the one that offered me the chance to fly the 737 at 21 years old’. She added: ‘I’m leaving with my head full of amazing memories.’ 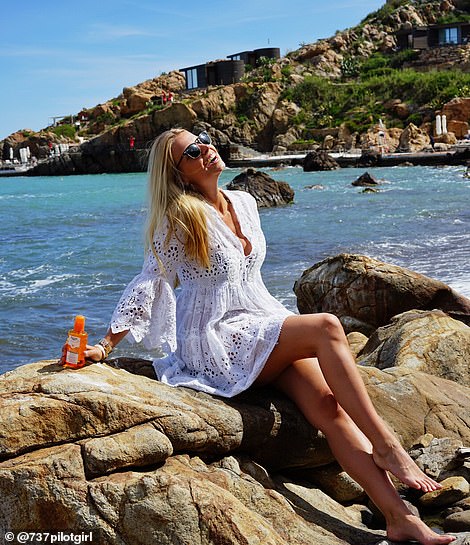 Next, she bagged a job at Norwegian, announcing the move on Instagram with a selfie in her new uniform and a caption that read ‘new life, new style’. 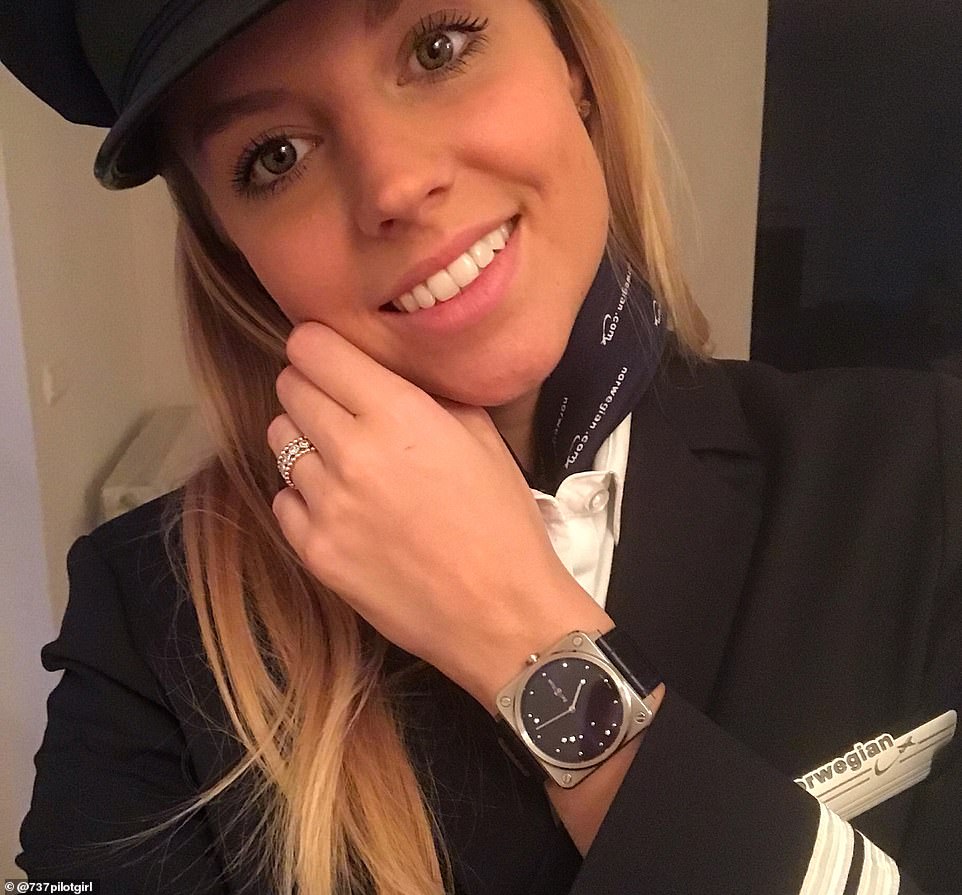