Kate at 40: friends and ex-aides give account of royal's journey

How Kate learned to hit all the right notes at 40: What really happened between her and Meghan and how William furiously defends her against criticism – as the duchess reaches a milestone, her friends and ex-aides give a rare account of her royal journey

As with everything associated with the Royal Family, her apprenticeship as future queen has been slow. Too slow, say some. But, astutely alert to the royals’ unflustered ways, Kate has refused to be rushed.

Of course, one of our monarchy’s immutable strengths is its repudiation of the modern fad to bend to prevailing fashion.

Significantly, too, Kate has brought another unswerving value to the Royal Family: the Middletons’ way of doing things. Steadfast and unflashy. These principles have steeled her to deal with life in the public eye — and, crucially, to handle the toxic fall-out of Prince Harry and Meghan’s break from the family. 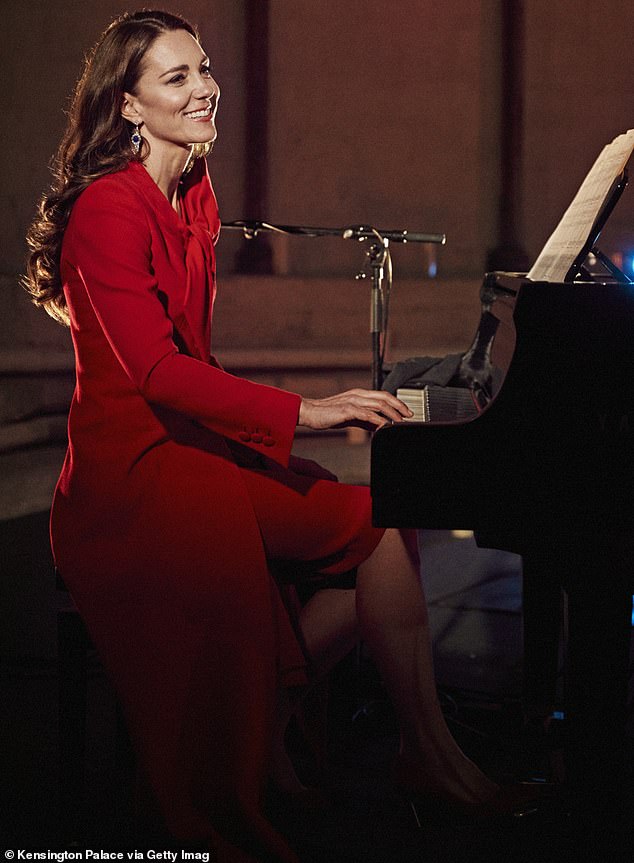 To mark the duchess’s birthday, I have talked to many of those closest to her — some agreeing to speak for the first time — about how she has, at long last, come into her own and is blooming, both professionally and personally.

Her private secretary, Rebecca Priestley (nee Deacon), who worked for the duchess for seven years, recalled how newlyweds William and Kate approached the daunting task of a life committed to public service together as if it was a ‘blank piece of paper’.

All three were in Anglesey in 2011, where the couple had chosen to spend their first years of married life while William worked as an RAF Search and Rescue pilot.

Rebecca says of their conversation: ‘I said: ‘Right, what next? You have the philanthropic world at your feet. There are so many directions you can go in terms of causes you can get involved in.’

‘Catherine [as William prefers her to be known] had clearly put a lot of thought into it and made very clear that, for her, it was about listening and learning.’