The new anthology series is based on the best-selling book of the same name by Mike Isaac and chronicles the ‘roller-coaster ride of the upstart transportation company’ with a focus on Kalanick, 45.

The 40-year-old actor was shooting a scene outdoors at Downtown LA park with his co-star Jon Bass, who plays Uber co-founder and Canadian entrepreneur Garrett Camp.

Joseph looked sharp in a black suit styled with a crisp white dress shirt and a black tie. His hair was slicked back.

The 32-year-old actor also wore a pair of black spandex leggings while performing the scene with Levitt.

Gordon-Levitt’s involvement in Super Pumped: The Battle for Uber was revealed in May, with several others of its cast member having been unveiled in October.

Billions co-creators Brian Koppelman and David Levien are behind the project which is part of an anthology series for Showtime. 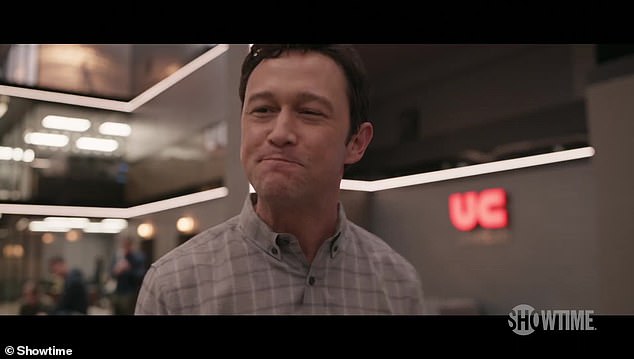 ‘It tells the story of Uber, one of Silicon Valley’s most successful and most destructive unicorns,’ begins on a synopsis by Deadline. 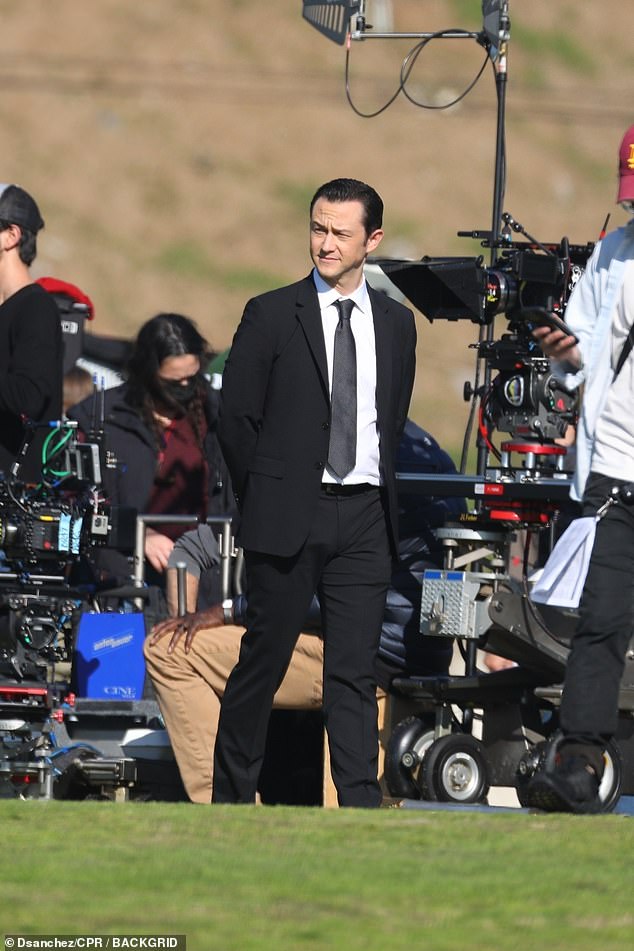 ‘Pivoting on Travis Kalanick (Gordon-Levitt), Uber’s hard-charging CEO who ultimately was ousted in a boardroom coup, the series will depict the roller-coaster ride of the upstart transportation company, embodying the highs and lows of Silicon Valley.

‘Even amid the radical upheaval generated within the global tech capital, Uber stands out as both a marvel and a cautionary tale, featuring internal and external battles that ripple with unpredictable consequences.’ 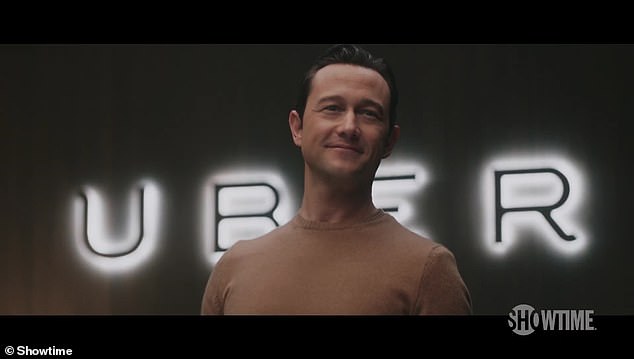 Fans got a first look at Joseph as tech’s bonafide ‘bad boy’ in a teaser trailer released by Showtime last month.

‘We are in the world-changing business!’ exclaims an excited Kalanick before his mentor Bill Gurley (played by Kyle Chandler) deems him a ‘liability’ to the start-up and its success. 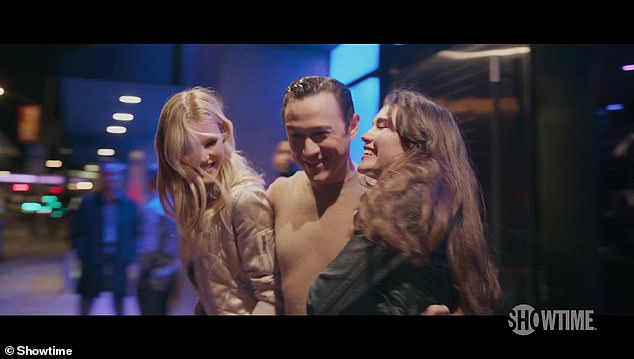