Egypt holiday: Snaking along the Nile on a floating hotel and visiting the tomb of Tutankhamun

Living like a queen in the Valley of the Kings: Snaking along the Nile on a luxurious floating hotel and visiting the legendary tomb of Tutankhamun

A frequent visitor to Egypt in the 1930s he lived for archeology but liked his home comforts as well. In one letter home he wrote: ‘A few idiotic luxuries; caviar, asparagus tips, pate de foie gras. These are the inessentials which make life worth living in a world of hard-boiled eggs and hacked meat.’

He’d certainly have been satisfied by the hearty and healthy food we enjoyed on the recently refurbished Sanctuary Nile Adventurer. It’s an elegant and luxurious ship. And with just 32 cabins and experienced Egyptologists on board it offers a wonderfully relaxed way to scratch the surface of the country’s 7,000-year heritage.

An early highlight of my four-night cruise was the stop at Edfu, said to be the best-preserved temple in Egypt. 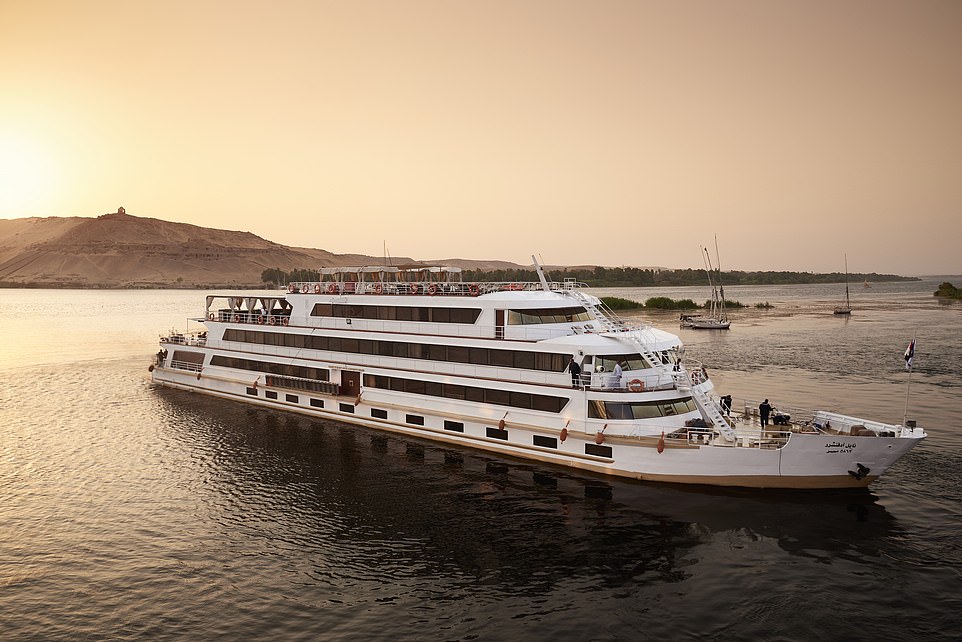 As we sailed into port I was woken by the muezzin before taking a horse and carriage (there are few cars here) from the riverbank to the temple. Husain, the trap driver, and his pony Monica – who he jokes is ‘Ferrari number one’ – run the gauntlet of hawkers drawing in tourists with cries of ‘lovely-jumbly-scarf-one-dollar-one-dollar!’

Just over a mile from the river, the vast temple is almost entirely intact. Walking in is truly like stepping back in time. 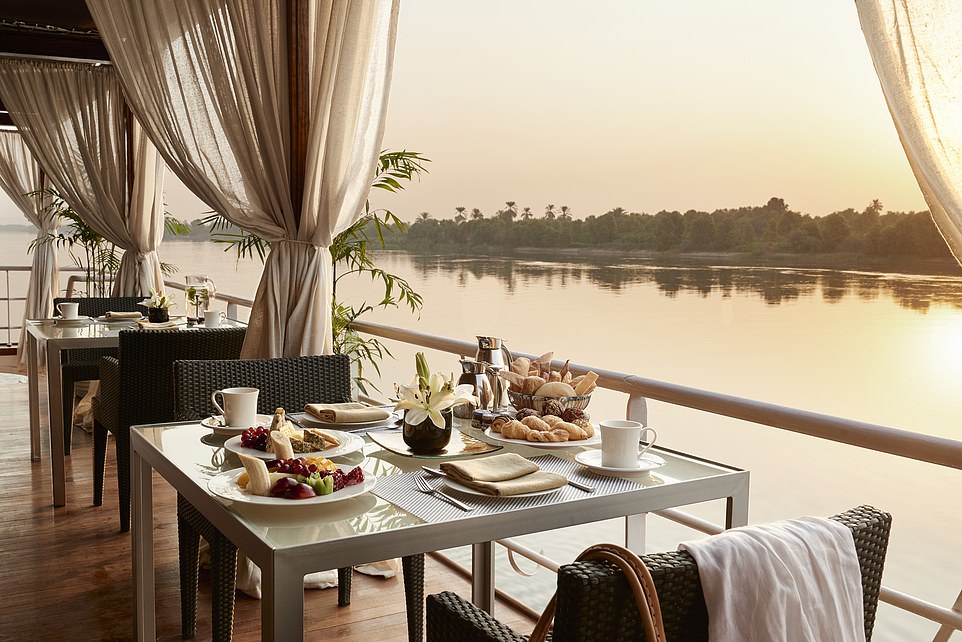 There’s a lovely lack of uniformity to the complex and a human side to its story that I adored – our guide, Mo, pointed out the ‘sloppy homework’ all over Edfu where the workmen hadn’t quite done their job properly. This is no reflection on their skills, but rather a small-scale insubordination and sign of how they tried to rebel some 2,000 years ago.

More evidence of this can be found nearby where we’re shown signs of a huge scale, ancient perfume and embroidery business. It’s where traders sold their wares to the visitors of yesteryear who, even then, had to exit via the gift shop. 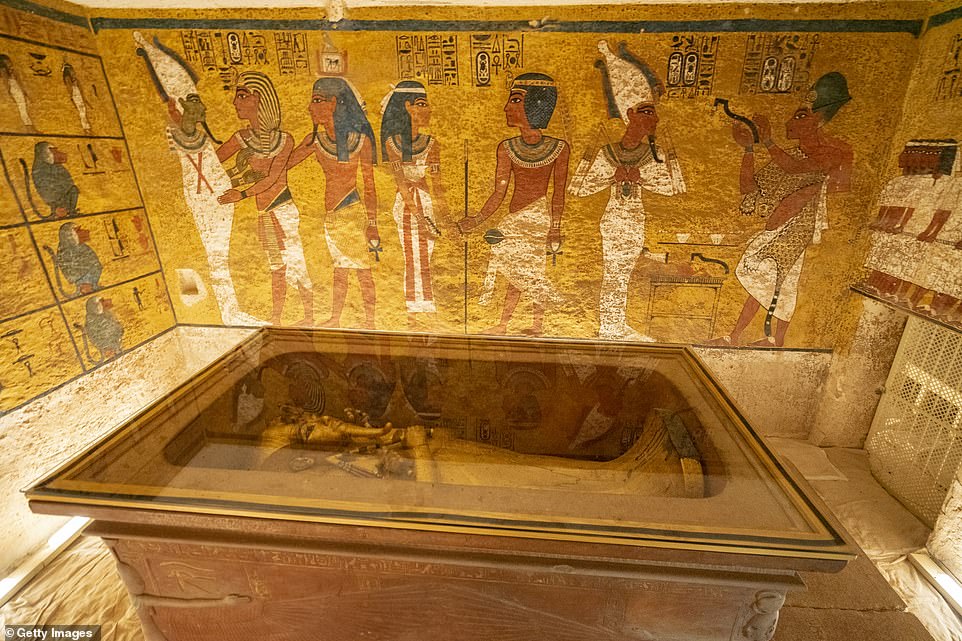 Ancient perfume recipes line the walls in a small side room, describing more than 250 flowers stored in underground alabaster jars where remains of breath mints, scented candles and perfume were found.

When a young Frenchman wrestled to decipher the hieroglyphs during the Napoleonic era, he got as far as comprehending that they contained a mix of two spoken languages: Egyptian and ancient Coptic. The discovery of the Rosetta Stone proved the master key and meant Mo could confidently point at the dash and horseshoe and tell me it is a number, ‘probably 11’. 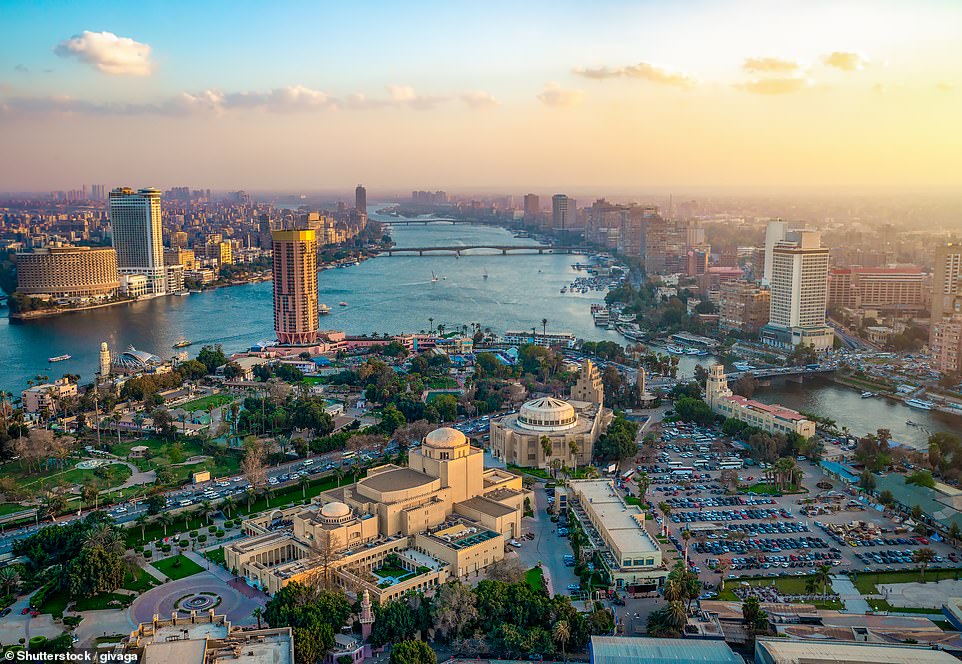 Further down the Nile, 2,000 years of silt protect the temple in Esna, where a relief of Ptolemy III shows him smiting his enemies who raise their hands to beg forgiveness.

Another relief shows the disliked Roman Emperor Augustus with six toes – again, an act of defiance as deformities were considered a curse, so the two fingers to Rome was as easy for Egyptians to read as a newspaper headline is for us.