Covid UK: Over 2MILLION people in England were infected on December 23 amid Omicron outbreak

More than 2MILLION people in England had Covid just before Xmas: Study estimates nation’s Omicron outbreak grew 70% in a week to hit one in 25 people – as data shows infections are now rising quickest in over-65s

The Office for National Statistics’ (ONS) weekly report estimated one in 25 people had the virus on December 23, marking a 70 per cent surge in a week and the highest toll seen throughout the entire pandemic.

Covid most prevalent in Omicron epicentre London, where one in 15 people were estimated to be infected over the festive period, followed by the South East and East of England at one in 30.

The ONS analysis is based on random swab testing of tens of thousands of people across Britain and the results are inspected closely by ministers. But it only offers a glimpse of how widespread the virus is, meaning it won’t reveal whether cases have truly peaked in London, like official data suggests, for another few weeks. 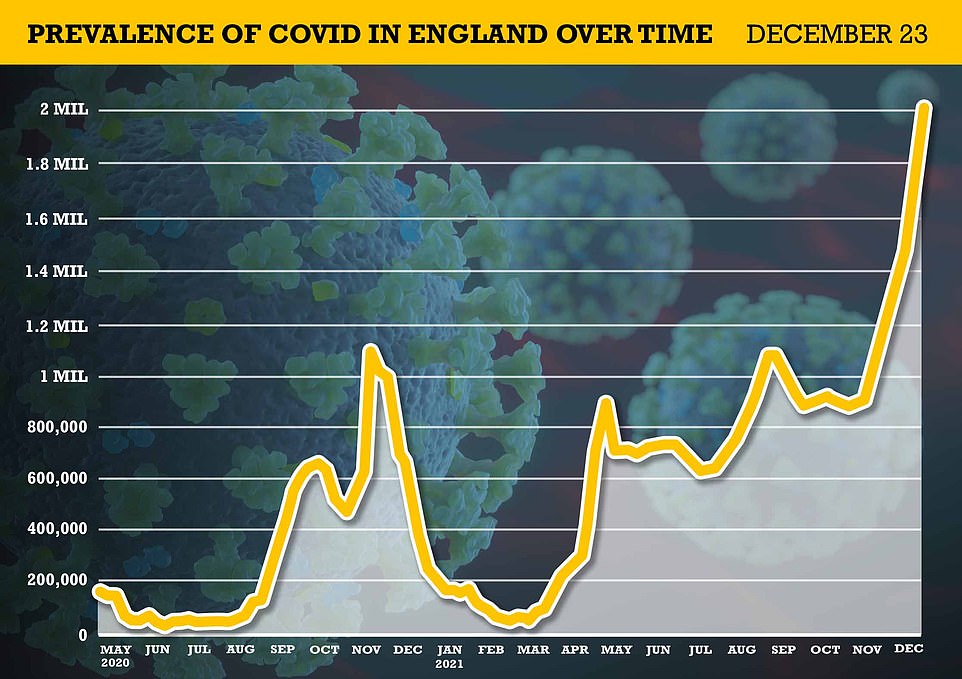 Separate Government statistics showed infections are now rising fastest and doubling every week among over-65s — the age group most vulnerable to the virus.

Experts today warned this would ‘directly feed’ into hospitalisations over the coming weeks and that a spike was ‘certain’. But they added that the booster drive, which has already reached 90 per cent of older adults, will give millions an extra layer of protection and help the NHS this winter. 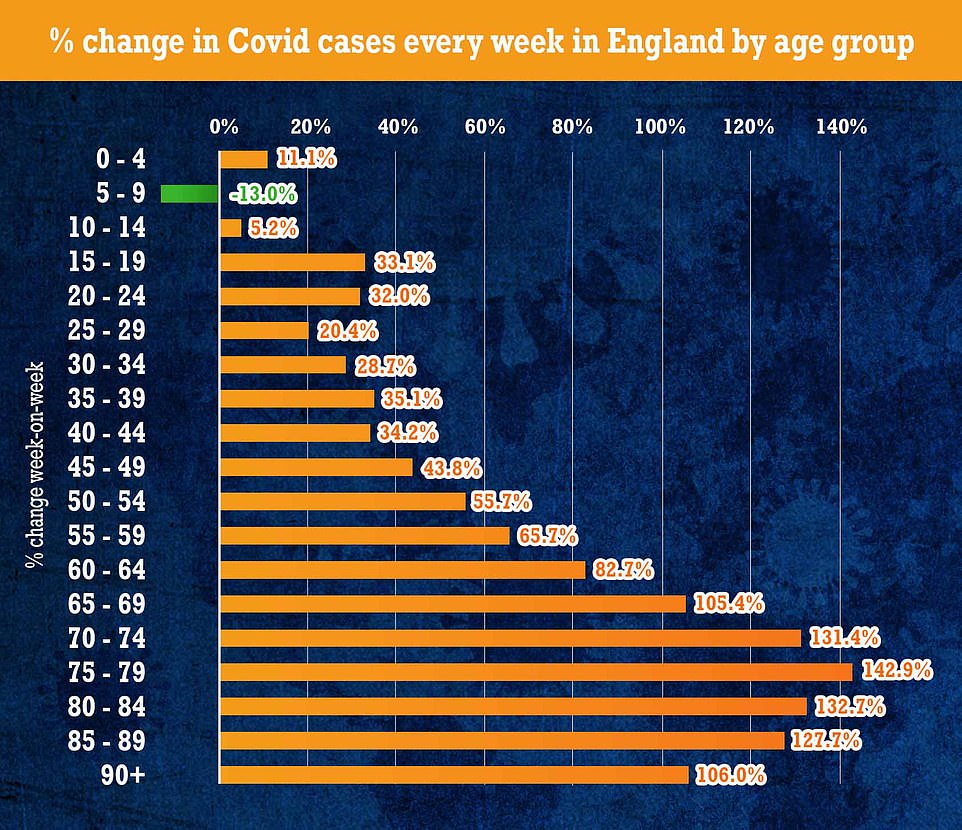 The number of Covid-infected patients occupying beds in English hospitals is already above 11,000 for the first time since early February, illustrating the pressure the health service is already facing. And in London daily virus admissions have breached the 400-a-day threshold that could prompt No10 to adopt nationwide restrictions.

NHS bosses today warned that the Government ‘needs to be ready to introduce tighter restrictions at real speed should they be needed’.

Chris Hopson, the head of NHS Providers, said fresh curbs ‘may be needed at pace if the evidence warrants it’ as he said medics ‘still don’t know’ if there will be a surge in elderly hospitalisations, which could trigger Mr Johnson to act. But he admitted the threshold for taking action ‘hasn’t been crossed yet’.

The ONS carries out weekly surveillance testing to estimate the prevalence of the virus across the home nations, not just England.

Their study is seen as the gold-standard for tracking the outbreak by ministers because it shows the true spread of the virus. Daily Covid infection numbers, which yesterday reached a record-high of almost 190,000, are reliant on people getting tested, and up to half of infected people don’t get swabbed.

Across the four nations, cases were estimated to be rising fastest in Scotland, where they surged 70 per cent in a week from 76,200 to 135,400 people estimated to be infected on December 23.