Covid testing shortage could have a 'devastating' impact on patient care, doctors warn

Covid testing shortage could have a ‘devastating’ impact on patient care, doctors warn as Sajid Javid faces calls to prioritise lateral flow access to NHS workers with another FORTNIGHT of supply issues expected

Thousands of people are struggling to access lateral flow tests, which ran out again yesterday. Supply issues are expected to continue for another fortnight, with the problem having a knock-on effect on NHS staff and other vital parts of the economy.

He warned thousands of medics were unable to turn up for shifts because they could not get tested ‘at a time of acute workforce shortages and winter pressures’. He called on ministers to prioritise NHS employees for access to the swabs.

Demand for Covid swabs has spiralled amid record-breaking cases, calls to take swabs before heading out for New Year’s Eve celebrations and after the Government changed self-isolation rules to allow Britons to leave three days early if they test negative on days six and seven.

Sajid Javid warned in a letter to MPs that supplies would likely be ‘constrained’ for another fortnight because of the ‘huge demand’ for tests. 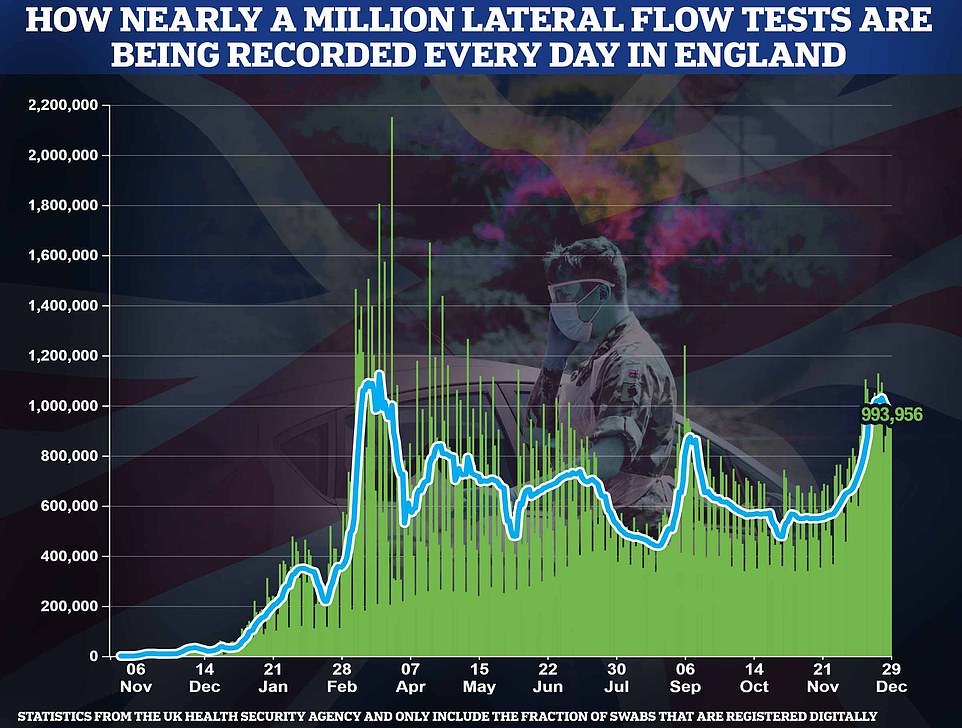 The Health Secretary hinted that vulnerable patients, such as care home residents and staff, would be prioritised for deliveries of lateral flow tests. He also claimed Britain had trebled its order for lateral flow tests in January and February to keep up with demand.

It comes as the NHS begins constructing Nightingale hospitals in preparation for an influx of hospital cases. The drive forms part of a new NHS ‘war footing’ to tackle the Omicron wave, which is already starting to pile pressure on hospitals.

The overspill sites — which could also be erected in canteens and gyms if needed in the coming weeks — will be equipped with beds and machines for patients who still need minor treatment. 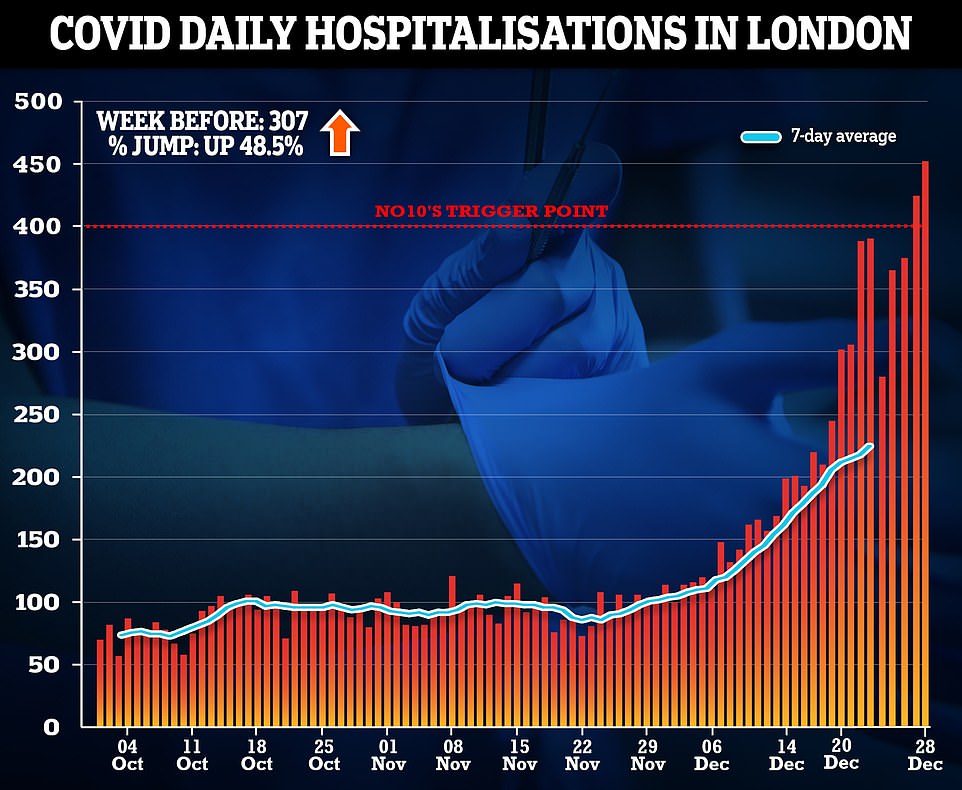 Dr Nagpaul said: ‘Being unable to get the tests means staff may not be legally allowed to work and at a time of acute workforce shortages and winter pressures this could be devastating for the care that can be given right across the NHS.

‘For example, if a key worker is isolating and needs to have a negative PCR or lateral flow test on day six and seven, and cannot get access to them, they will not be able to return to work.’

He added: ‘The rapid spread of the Omicron variant has no doubt had a massive impact on demand for lateral flow test kits and PCR tests, however it is vital that the promised new supply of kits are offered to key workers such as health and social care staff as a priority.’