Catching Omicron strain may protect against Delta and usher in endemic phase of Covid, study suggests

Academics took blood samples from people struck down with the ultra-infectious variant and measured their antibody levels. They then looked at how well the virus-fighting proteins reacted to both Omicron and Delta.

But there was also a 4.4-fold increase against Delta, according to the findings which took the researchers by surprise. 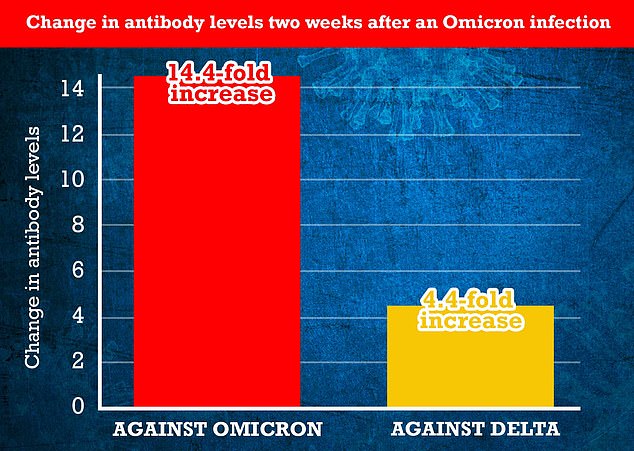 Other studies delving into the topic of cross-variant immunity showed antibodies made in response to Delta reacted poorly to Omicron.

Professor Alex Sigal, a virologist at the University of KwaZulu-Natal in South Africa who led the research, said it suggested Omicron could usher in the endemic phase of the pandemic.

He said: ‘The increase in neutralising immunity against Omicron was expected, that is the virus these individuals were infected with.

‘However, we also saw that the same people — especially those who were vaccinated — developed enhanced immunity to the Delta variant.’

Professor Sigal added: ‘If, as it currently looks like from the South African experience, Omicron is less pathogenic, then this will help push Delta out.’

He said this was because it should ‘decrease the likelihood someone infected with Omicron will get re-infected with Delta’.

‘If that is true, then the disruption Covid has caused in our lives may become less,’ Professor Sigal continued. 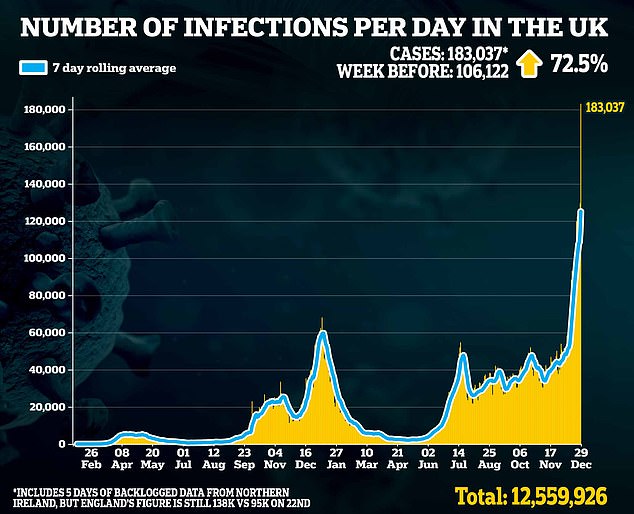 An ever-growing body of evidence shows Omicron is milder than its rivals, and less likely to put people who catch it in hospital.

The variant is already dominant in Britain, and has caused cases to hit record levels. 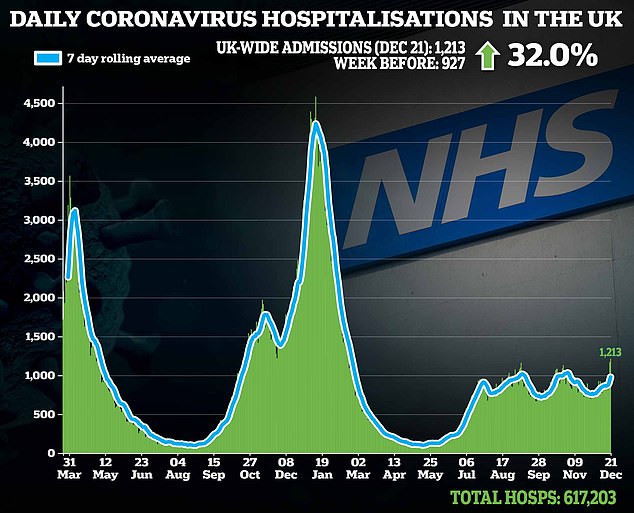