Classes for Chicago’s 350,000 children are cancelled AGAIN and remote learning may not start until Monday: Teachers say they won’t return until kids are FORCED to take COVID tests even if parents haven’t given consent

Thursday marked the second day of what city and public school officials called an ‘illegal strike’ by the Chicago Teachers Union, which voted earlier this week to refuse in-person learning until its demands for more COVID regulations were met.

The CTU, led by socialist Jesse Sharkey, demanded that the city and Chicago Public Schools ask students to opt into COVID testing in order to come back to in-person classes, as well as provide high quality masks for all. It also called on schools to go remote if 20 per cent of staff were in isolation or in quarantine.

The demands go further than what’s implemented in the New York City and Los Angeles School Districts, the two largest districts in the nation, who have both vowed to avoid any shutdowns due to COVID. 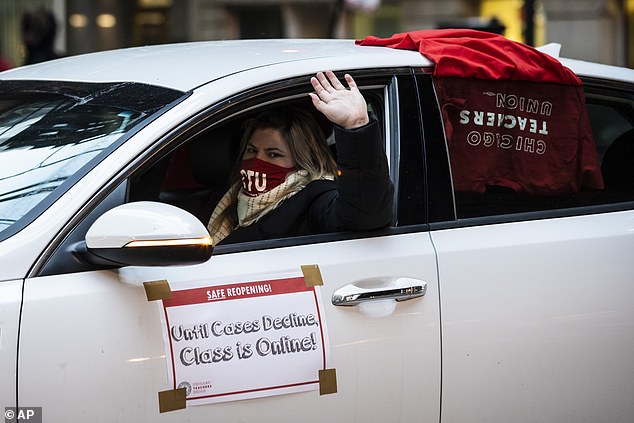 Chicago Public Schools CEO Pedro Martinez, who has disavowed the strike, said he had no choice but to cancel schools on Thursday and called it a losing day for teachers and parents.

‘For me, it’s a day of mourning,’ Martinez said in a statement.

‘I’m sad for how, as a district, we are responding to parents…because parents are losing in this process.’

While the union voted for remote working, there is no such system in place, remote devices have not been handed out, and therefore Chicago’s 350,000 students did not receive tuition today.

Martinez and Chicago Mayor Lori Lightfoot have said they would not give into the demands made by the CTU, which is among the most radical in the nation. 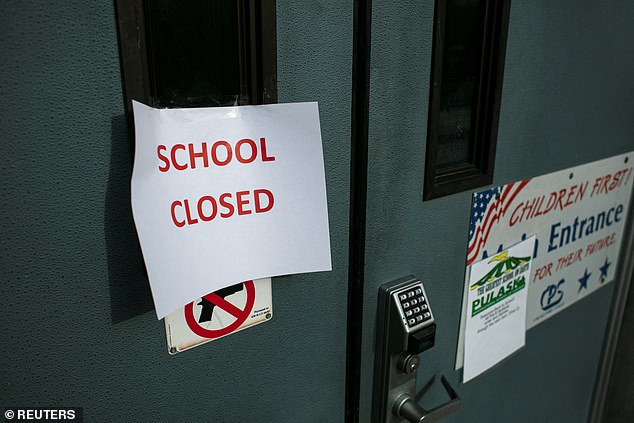